Brendan and Patrick Newell, brothers and co-owners of Pat’s Pizza and Catering, grew up in the Lower Mills section of Dorchester with their parents and five siblings. Both are graduates of St. Gregory’s School, and spent their entire childhoods and teenage years playing basketball in Dorchester Park and hanging around Lower Mills with their friends. The location of their business could not be more perfect or familiar for them.

Brendan’s passion for cooking was ignited at the young age of fourteen, when he began working at the local catering company, Friend’s Catering, which operated out of an old Knight’s of Columbus Hall in Dorchester. It was there that Brendan learned to prepare homemade-style meals that would be served all over Dorchester and to nearly half of the South Shore. After leaving Friend’s Catering, Brendan began working behind the counter at Pat’s Pizza. He brought with him his vast knowledge of the sometimes-difficult catering business and his dedication to the industry, which later lead to his ownership of Pat’s Pizza and Catering in 1999.

Pat Newell, on the other-hand, was well on his way down an entirely different career path as a nursing student. With a wife and two small children at home, running a business with his brother was not something that had ever even crossed his mind. In 2005, however, Brendan came to him with the unique proposal: “How’d you like to go into business with me?” After some consideration, Pat jumped on board and became co-owner alongside his brother.

Since then, the Newell brothers have been working as a team. As a result, Pat’s Pizza and Catering was voted the “Best Pizza and Neighborhood Lunch Spot” in the Dorchester Reporter’s 2012 online survey. Their devotion to their restaurant, the skill and work ethic that each of them bring to the table, and their incredible staff make up the ideal combination that continuously heightens the success of the restaurant. The Newell brothers are committed to serving both first-time customers and long-time regulars quality food at a good value. 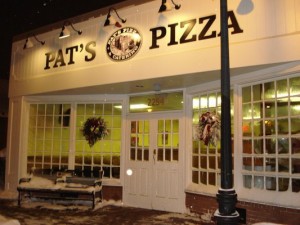 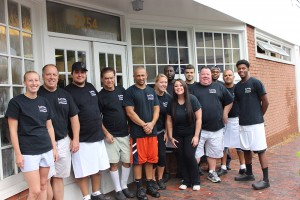